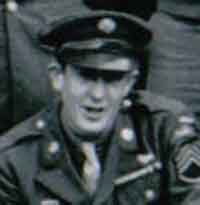 It was the evening of April 8 that Gen. Edward P. King decided that further resistance was futile, since approximately 25% of his men were healthy enough to fight, and he estimated they would last one more day. In addition, he had over 6,000 troops who sick or wounded and 40,000 civilians who he feared would be massacred. His troops were on one-quarter rations, and even at that ration, he had two days of food left. He also believed his troops could fight for one more day.

At 2:oo A.M. April 9, Gen. King sent a jeep under a white flag carrying Colonel Everett C. Williams, Col. James V. Collier and Major Marshall Hurt to meet with the Japanese commander about terms of surrender.  (The white flag was bedding from A Company.) Shortly after daylight Collier and Hunt returned with word of the appointment. It was at about 6:45 A.M. that tank battalion commanders received this order: “You will make plans, to be communicated to company commanders only, and be prepared to destroy within one hour after receipt by radio, or other means, of the word ‘CRASH’, all tanks and combat vehicles, arms, ammunition, gas, and radios: reserving sufficient trucks to close to rear echelons as soon as accomplished.”

The tank crews circled their tanks. Each tank fired an armor-piercing shell into the engine of the tank in front of it. They also opened the gasoline cocks inside the tank compartments and dropped hand grenades into the tanks. Most of the company waited in their bivouac for the Japanese to make contact, while others attempted to reach Corregidor which had not surrendered.