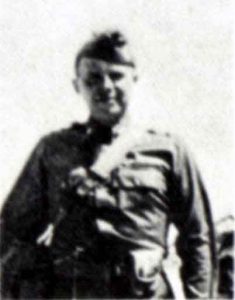 Note: On August 15, 1941, orders were issued to the company, for duty in the Philippines because of an event that happened during the summer. A squadron of American fighters was flying over Lingayen Gulf when one of the pilots noticed something odd. He took his plane down and identified a buoy in the water. He came upon more buoys that lined up, in a straight line for 30 miles to the northwest, in the direction of a Japanese occupied island, with a large radio transmitter, hundreds of miles away. The squadron continued its flight plane and flew south to Mariveles and then returned to Clark Field. By the time the planes landed, it was too late to do anything that day.

– within days his wife received this letter from the War Department

“The Provost Marshal General directs me to inform you that you may communicate with your husband, postage free, by following the inclosed instructions:

POW Camps:
– Tanagawa
– while a POW there he came down with diphtheria
– put in the diphtheria ward
– the doctors had no medicine to treat the sick
– Zentsuji
– on detail to pick grass to feed rabbits
– the Japanese ate the rabbits
– 17 December 1943 – he wrote a letter home that said

“Received your letter and package, dated Sept. 5, the first of December. Just can’t find the words to express my relief and gratitude in finding that the family is well and that I have a new baby daughter. I only wish I had a photograph of her.  May I join you in the not too distant future to make our home complete.

“Donnie must make his grades good and if he will d that I will buy him a new bicycle when I return. I am only awaiting the day when he and I can go fishing and hunting together.

“My health is excellent. I weigh 145 pounds. I am getting along fine this winter. The things I received in your package were just the things I needed.”