History of the 17th Ordnance Company 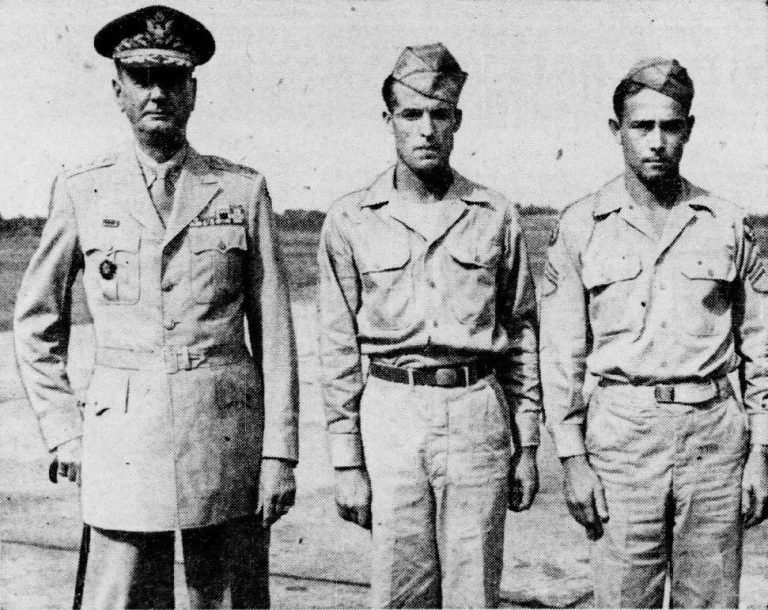 17th Ordnance Company was created when A Company, 19th Ordnance Battalion of the First Armored Division was deactivated at Fort Knox, Kentucky in August 1941. As part of 19th Ordnance, the company had trained alongside the 192nd Tank Battalion. In August, when the 192nd was sent to Louisiana take part in the maneuvers being held there, 17th Ordnance was ordered west to Fort McDowell on Angel Island in San Francisco Bay for transport to the Philippine Islands.
The company sailed on the USS President Coolidge. As part of its job, the company was responsible to oversee the boarding of 54 tank, 54 halftracks and all ordnance. It took the company three days and two nights to accomplish this. The ship sailed on September 8th arriving in Hawaii on September 13th. After an overnight stay, the ship sailed for the Philippine Islands. Although the United States was not at war, the ship sailed under complete blackout and zigzagged to avoid enemy submarines. The ship arrived in the Philippines on September 26th.

Once in the Philippines, it was the job of the 142 enlisted members of the company, and its six officers, to get the tanks up to combat readiness. Once this was done, the tanks and half of the half-tracks were turned over to the 194th Tank Battalion. Two months later, the 192nd Tank Battalion joined these two units to form the First Provisional Tank Group.

On December 8, 1941, the members of the company heard of the Japanese attack on Pearl Harbor just ten hours earlier. With the rest of the tank group, they went to the perimeter of Cark Airfield to guard it against enemy attack. At 12:45 in the afternoon the members of the company lived through the Japanese attack on the airfield. Being that they had no weapons to fight with, they could do little more than watch.

After the attack, 17th Ordnance remained at Fort Stotsenburg as both the 192nd and the 194th Tank Battalions were ordered to move out. The 192nd was sent to North Luzon, while the 194th was sent to South Luzon. During the withdraw into the Bataan Peninsula, the ordnance company worked to keep the tanks running. It was the members of the company who converted World War I personnel ammunition so that it could be used by the tanks against Japanese troops. Up to this time, the only ammunition the tanks had was armor piercing shells.

On April 9, 1942, the members of the company became Prisoners of War when Bataan was surrendered to the Japanese. Before they surrendered, the company destroyed munitions and supplies that could be used by the Japanese. For five days the company members were used as “human shields” to protect Japanese guns that were firing at Corregidor.

17th Ordnance began the death march at Mariveles. At San Fernando, the men were boarded onto small wooden boxcars and road to Capas. From Capas, the company made its way to Camp O’Donnell. During their time in the Philippines, the Japanese had them repair trucks and other vehicles.

As the returning American Forces neared the Philippines, the members of 17th Ordnance were sent to various camps in other parts of the Japanese Empire. During their time as POWs, 67 members of the company would die in the POW Camps.

After the war, the members of the company returned home to live their lives. Most would keep to themselves their stories of life as Japanese POWs. Some have chosen to share with us their stories so that what they experienced so many years ago will not be forgotten.