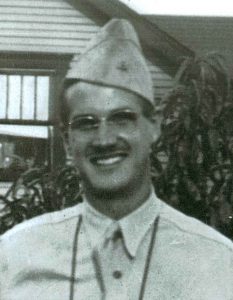 “According to War Department records, you have been designated as the emergency addressee if Private James C. Secrist, 35,020,636, who, according to the latest information available, was serving in the  Philippine Islands at the time of the final surrender.

– Clark Field
– May 1942 – detail left Camp O’Donnell
– Work:
– POWs built a runway
– 6:00 A.M. – workday started
– screened gravel and cut long grass
– POWs had to dig the rock out of the ground
– worked long hours on inadequate rations
– work done with picks and shovels
– forced to work during typhoon season
– no days off
– Meals:
– fed twice a day
– one cup of steamed rice
– Medical Treatment:
– no medical supplies
– any they had were found by POWs
– sick forced to work because they weren’t “sick enough”
– those who wouldn’t or could not work were severely beaten
– POWs with malaria did not work because the Japanese could see they had it
– when one POW escaped, none of the POWs were fed
– Barracks:
– housed in the same barracks used before the war
– Punishment:
– beaten for no reason
– one Japanese lieutenant frequently hit POWs overhead with saber
– POWs were beaten with a golf club for no reason
– Blood Brother Rule
– put in a metal shack without openings
– POW had to squat or curl up in it
– when POWs escaped, the remaining POWs remained at attention for hours
– on one occasion this lasted until 4:00 A.M.
– they then had to go to work
– Execution:
– when two Filipinos were caught stealing sheet metal, all the POWs had to watch them be tied to poles and used for bayonet practice
– In July 1942, the family received a second letter. The following is an excerpt from it.

“The last report of casualties received by the War Department from the Philippines arrived early in the morning of May 6. Through this date, Private James C. Secrist had not been reported as a casualty. The War Department will consider the persons serving in the Philippine Islands as “missing in action” from the date of the surrender of Corregidor, May 7, until definite information to the contrary is received.

REPORT JUST RECEIVED THROUGH THE INTERNATIONAL RED CROSS STATES THAT YOUR SON PRIVATE JAMES C SECRIST IS A PRISONER OF WAR OF THE JAPANESE GOVERNMENT IN THE PHILIPPINE ISLANDS LETTER OF INFORMATION FOLLOWS FROM THE PROVOST
ULIO THE ADJUTANT GENERAL.

– Bilibid Prison
– August 1944 – POWs sent there in when detail ended
Hell Ship:
– Noto Maru
– Sailed: Manila – 27 August 1944
– Arrived: Moji, Japan – 4 September 1944
POW Camp:
– Japan:
– Nagoya #1-B
– Work: lead and zinc mining
– camp located in the mountains
– barracks were flimsy and unheated
Hospitalized:
– Wednesday – 25 April 1945 – pneumonia
– doctors treated him with sulfathiazole and vitamins
Died:
– Monday – 30 April 1945 – acute pneumonia
– Japanese cremated the remains of the POWs
– ashes were given to the camp commander
– his parents learned of his death after the war
Buried:
– Westlawn Cemetery – Canton, Ohio
– the family received urn containing ashes after the war
– headstone indicates he was a member of the 194th Tank Battalion
– this was a common belief among the members of the company since the company fought with the battalion
– when the Presidential Unit Citations were issued, D Company was listed as a company of the 192nd Tank Battalion 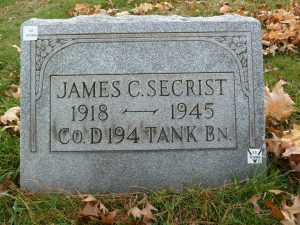