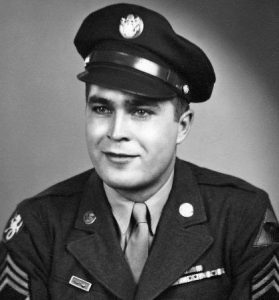 “According to War Department records, you have been designated as the emergency addressee of Sergeant Kenneth J. Porwoll, 20, 700, 205, who, according to the latest information available, was serving in the  Philippine Islands at the time of the final surrender.

– in July, his family received a second message from the War Department. The following are excerpts from it.

“The last report of casualties received by the War Department from the Philippines arrived early in the morning of May 6. Through this date, Sergeant Kenneth J. Porwoll had not been reported as a casualty. The War Department will consider the persons serving in the Philippine Islands as “missing in action” from the date of the surrender of Corregidor, May 7, until definite information to the contrary is received.

– August 1942 – detail ended – POWs sent to Cabanatuan
– Cabanatuan
– Philippine Army Base built for 91st Philippine Army Division
– original name: Camp Pangatian
– three camps:
– Camp #1
– POWs from Camp O’Donnell sent there
– Camp 2 was four miles away
– all POWs moved from there because of a lack of water
– later used for Naval POWs
– Camp 3 was six miles from Camp 2
– POWs from Corregidor and from hospitals sent there
– “Blood Brother” rule implemented
– if one POW in the group of 10 escaped, the other nine would be killed
– work details sent out to cut wood for POW kitchens, plant rice, and farm
– when POWs lined up, it was a common practice for Japanese guards, after the POWs lined up, to kick the POWs in their shins with their hobnailed boots
– POWs on the rice planting detail were punished by having their faces pushed into the mud and stepped on their heads to drive them deeper into the mud
– the POWs had to go into a shed to get the tools and as they came out, they were hit in the head
– if the guards on the detail decided the POW wasn’t doing what he should be doing, he was beaten
– many POWs on details were able to smuggle in medicine, food, and tobacco into the camp
– men who attempted to escape and caught were executed
– daily POW meal – 16 ounces of cooked rice, 4 ounces of vegetable oil, sweet potato or corn
– hospitalized – 8 August 1942
– discharged – no date was given
– Camp Hospital:
– 30 Wards
– each ward could hold 40 men
– frequently had 100 men in each
– two tiers of bunks
– sickest POWs on the bottom tier
– each POW had a 2 foot by 6-foot area to lie in
– Zero Ward
– given the name because it had been missed when counting wards
– became ward where those who were going to die were sent
– fenced off from other wards
– Japanese guards would not go near it
– POWs sent there had little to no chance of surviving
Transport:
– November 1942
– Ken’s name appeared on a list of POWs being sent to Japan
– while walking to the train station he fell behind the other POWs
– two Japanese guards hit him in his back and neck with their rifle butts
– he flew into a ditch half-unconscious until a clean up crew picked him up and threw him into a truck and took him to the train station
– the POWs boarded freight cars and were taken to Manila
– Ken had an attack of dysentery on the train and when it arrived at Manila he crawled off and hid behind a steel girder
– He was awakened by Filipinos who he asked for food. They said, “No.”
– He asked them to hid him. They said, “No.”
– the two Filipinos turned him over to Japanese soldiers who beat him
– the Japanese finally decided that Ken could not walk and he was put on a horse-drawn cart and taken to Bilibid
– he was pushed off of the cart into the dirt and the soldiers yelled for the gate to be opened
– when it was, he was dragged into the prison and carried down to the execution chamber
– Pvt. Joe Sanchez – who Ken had taken care of after he was wounded – appeared and said, “I owe you one.”
– Sanchez had a Marine take care of Ken for six weeks until he was healthy enough to take care of himself
– Early 1943 – returned to Cabanatuan
– worked on the farm building a carabao wallow
Hell Ship:
– the Taga Maru was also known as Coral Maru
– Boarded: 18 September 1943
– Sailed: Manila – 20 September 1943
– Stopped: Tokao, Formosa – 23 September 1943
– Arrived: Moji, Japan – 5 October 1943
– 80 POWs died during the trip
POW Camp:
– Japan
– Niigata #5-B
– worked in Rinko Coal Mine
– ran an elevator
– 1 December 1943 – his parents learned he was a Prisoner of War

“The Provost Marshal General directs me to inform you that you may communicate with your son Sergeant Kenneth J. Porwoll, postage free, by following the inclosed instructions:

– 18 January 1945 – his mother received a letter from him which appeared to have been written in December 1943
– Recalling his time in he said:

“The Japanese are superstitious to begin with. we helped them even more so. The prison buildings were two-story ones with heavy, low hanging beams on the first floor. One had to duck beneath the beams in crossing the ground floor. At night with the lights on, the ducking figures made weird, dodging shadows on the fence outside.
“The Japanese believed them to be the spirits of dead Americans. We gave the Japs a bit of help with the superstition by telling them the coal cars on the circular track above the pit would go round and round when we left — our spirits would be punishing them.
“One night there was a terrific wind and the coal cars started going round the track after slipping the blocks. The Nips were scared to death and didn’t know quite what to make of it.”

– POWs happy when they saw the first B-29s
– each day the planes came over in increasing numbers
– when the war ended the camp commander fled the camp
– POWs ran the camp for two weeks
– finally sent two POWs to Tokyo to contact the Americans
– the men came back and said they did not find any
– on the second trip, they found the headquarters 11th Airborne Division
Liberated: 25 September 1945
– rode a train to Tokyo
– there, they deloused, fed, and clothed
– POWs saw American carriers in Tokyo Harbor
– Ken was flown to Okinawa the same day
– held there for 10 to 12 days
– flown to Manila
– received medical treatment in Manila
– 11 September 1945 – parents learned of his liberation

“Mr. and Mrs. J. Porwoll: The secretary of war has asked me to inform you that your son, Sgt. Kenneth J. Porwoll was returned to military control Sept. 7 and is being returned to the United States within the near future. He will be given the opportunity to communicate with you upon his arrival if he has not already done so. 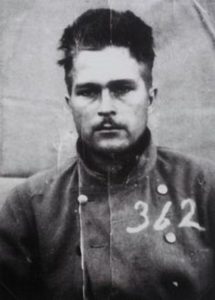