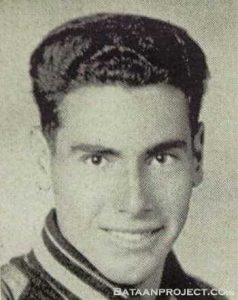 2nd Lt. James Howard Hart
Born: 21 August 1918 – May, Oklahoma
Father: Carmel H. Hart and Abbie Garman-Hart
– mother died in childbirth in 1919
– stepmother: Arlie May Vickroy-Hart – 1923
Siblings: 1 brother, 3 half-brothers
– another half-brother died as a child
Home: 16 Walker Street – Watsonville, California
– the family moved to California in 1924
Education:
– Watsonville High School – Class of 1935
– Salinas Junior College – 2 years of college
Occupation: student/janitor – Salinas Jr. College
Residence:
– 214 B Lang – Salinas, California
Selective Service Registration: 16 October 1940
– Next of Kin: Carmel H. Hart – father
Enlisted:
– California National Guard
– 3 February 1940 – Salinas, California
Inducted:
– U. S. Army
– 10 February 1941 – Salinas Army Airfield
– inducted into U. S. Army as a corporal
Unit:
– 194th Tank Battalion
Stationed:
– Fort Lewis, Washington
– described as constantly raining during the winter
– many men ended up in the camp hospital with colds
– Typical Day – after they arrived at Ft. Lewis
– 6:00 A.M. – first call
– 6:30 A.M. – Breakfast
– During this time the soldiers made their cots, policed the grounds around the barracks, swept the floors of their barracks, and performed other
duties.
– 7:30 A.M. to 11:30 A.M. – drill
– 11:30 A.M. – 1:00 P.M. – mess
– 1:00 P.M. – 4:30 P.M. – drill
– 5:00 P.M. – retreat
– 5:30 P.M. – mess
– men were free after this
– a canteen was located near their barracks and was visited often
– the movie theater on the base that they visited.
– The theater where the tanks were kept was not finished, but when it was, the tankers only had to cross the road to their tanks.
– Saturdays the men had off, and many rode a bus 15 miles northeast to Tacoma which was the largest town nearest to the base
– Sundays, many of the men went to church and services were held at different times for the different denominations
Uniforms:
– the soldiers wore a collection of uniforms. Some wore new uniforms while other men had World War I uniforms
– The situation was resolved when Lt. Col. Dwight D. Eisenhower and other officers rode up on horseback to where C Company was training.
– one of the officers asked why they were dressed like they were
– later that afternoon, at 4:00 P.M., a truck pulled up to the barracks
– inside were brand new Army overalls
– the soldiers wore these as their dress uniforms until real dress uniforms were received weeks later
Training:
– the battalion went on long reconnaissance with trucks and tanks
– drove all over reservation following maps and learned from observation what the land surrounding the fort looked like
– the purpose was to collect tank data which they would use later
– often had to live off the land
– 30 April 1941 – battalion went on an all-day march
– ate dinner in woods brought to them by the cooks in trucks
– march was two hours one way and covered about 10 miles total
– stopped in an abandoned apple orchard in bloom
– Motorcycles:
– first motorcycles arrived in May 1941
– all battalion members had to learn to ride them
– in early May 1941, the battalion, except men who had been drafted, went on its first overnight bivouac
– the new men did not have shelter halves
– left around noon and returned around noon the next day
Specialized Training:
– some members of the battalion received specific training
– many went to Ft. Knox, Kentucky, for training in tank maintenance, radio operation, and other specific jobs
– those men who remained at Ft. Lewis often found themselves policing the base collecting garbage and distributing coal for the base during the week
– the battalion did most of its tank training on weekends
– Hart attended Officers Candidates School
– at some point, he may have been reassigned to A Company
Overseas Duty: 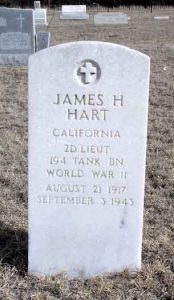