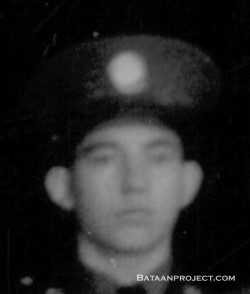 Sgt. Ralph M. Hollingsworth
Born: 21 February 1921 – Merrifield, Minnesota
Parents: Clayton Hollingsworth & Lotta Swanson-Hollingsworth
– father married Lillian Ruby
Siblings:
– 1 sister, 6 brothers, 1 step-sister, 1 step-brother
– 2 brothers died in World War II
Hometown: Lake Edwards Township, Crow Wing, Minnesota
Occupation: laborer – National Youth Administration
Enlisted:
– 1941- U. S. Army
Training:
– Fort Lewis, Washington
– tank driver
– described as constantly raining during the winter
– many men ended up in the camp hospital with colds
– Typical Day – after they arrived at Ft. Lewis
– 6:00 A.M. – first call
– 6:30 A.M. – Breakfast
– During this time the soldiers made their cots, policed the grounds around the barracks, swept the floors of their barracks, and performed other duties.
– 7:30 A.M. to 11:30 A.M. – drill
– 11:30 A.M. – 1:00 P.M. – mess
– 1:00 P.M. – 4:30 P.M. – drill
– 5:00 P.M. – retreat
– 5:30 P.M. – mess
– men were free after this
– a canteen was located near their barracks and was visited often
– the movie theater on the base that they visited.
– The theater where the tanks were kept was not finished, but when it was, the tankers only had to cross the road to their tanks.
– Saturdays the men had off, and many rode a bus 15 miles northeast to Tacoma which was the largest town nearest to the base
– Sundays, many of the men went to church and services were held at different times for the different denominations
Training:
– tank driver
Unit:
– A Company, 194th Tank Battalion

“According to War Department records, you have been designated as the emergency addressee of Sergeant Ralph M. Hollingsworth, 20, 700, 210, who, according to the latest information available, was serving in the  Philippine Islands at the time of the final surrender.

– Cabanatuan #1
– Philippine Army Base built for 91st Philippine Army Division
– “Blood Brother” rule implemented
– if one POW in the group of 10 escaped, the other nine would be killed
– work details sent out to cut wood for POW kitchens, plant rice, and farm
– when POWs lined up, it was a common practice for Japanese guards, after the POWs lined up, to kick the POWs in their shins with their hobnailed boots
because they didn’t like the way the line looked
– if the guards on the detail decided the POW wasn’t doing what he should be doing, he was beaten
– many POWs on details were able to smuggle in medicine, food, and tobacco into the camp
– men who attempted to escape and caught were executed
– daily POW meal – 16 ounces of cooked rice, 4 ounces of vegetable oil, sweet potato or corn

– in July his family received a second message from the War Department. The following are excerpts from it.

“The last report of casualties received by the War Department from the Philippines arrived early in the morning of May 6. Through this date, Sergeant  Ralph M. Hollingsworth had not been reported as a casualty. The War Department will consider the persons serving in the Philippine Islands as “missing in action” from the date of the surrender of Corregidor, May 7, until definite information to the contrary is received.

Hell Ship:
– Canadian Inventor
– Sailed: Manila – 4 July 1944
– after one day at sea returned to Manila with boiler problems
– Sailed: Manila – 16 July 1944
– the ship had more boiler problems
– left behind by convoy
– Arrived: Takao, Formosa – 23 July 1944
– Sailed: 4 August 1944
– made way up the west coast of the island
– Arrived: Keelung, Formosa – 5 August 1944
– put into Keelung Harbor
– during this time boiler repairs were made
– Sailed: 17 August 1944
– by the time it reached Ryukyu Islands north of Formosa, it was having boiler problems
– Arrived: Naha, Okinawa
– sailed several times for Japan
– Arrived: Moji, Japan – 1 September 1944
POW Camp:
– Japan
– Omine Machi
– Work: coal mine
– POWs worked a 9 hour 30-minute workday
– mine had been condemned as unsafe before the war
– guards stole items from Red Cross packages
– packages withheld from POWs – 1 July 1944 to 2 September 1945
– Japanese intentionally opened packages and mixed up contents so that the ranking Allied officer would not know how much should be in each package
– amount of food in packages was so little it had no nutritional value to the POWs
– boxes were often withheld from POWs from three to seven months after arriving at the camp
– April 1945
– beaten and kicked when he was caught trading clothing for cigarettes with a Korean laborer
– the beating lasted for 2 hours on and off
– Hollingsworth’s face was twice its normal size
– put in the “hole” for ten days as punishment on half rations
– beaten by guards several more times
Liberated: 15 September 1945
– his family received this message

His family received this message from the War Department:

“Mr. Clayton Hollingsworth The secretary of war has asked me to inform you that your son, Sgt. Ralph M. Hollingsworth was returned to military control Sept 15 and is being returned to the United States within the near future. He will be given the opportunity to communicate with you upon his arrival if he has not already done so.