Note: The Defense POW/MIA Accounting Agency is looking for relatives of Pvt. George Grui so it can get a DNA sample. His case is considered active. 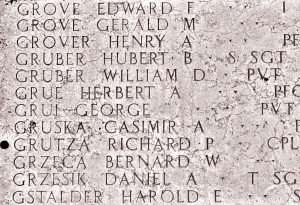