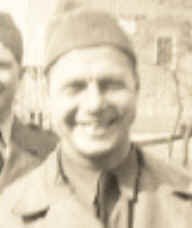 Once in the camp, the POWs were allowed to run the camp. The Japanese only entered if they had an issue they wanted to deal with. To prevent escapes, the POWs set up a detail that patrolled the fence of the camp. The reason this was done was that those who did escape and were caught were tortured before being executed, while the other POWs were made to watch. It is believed that no POW successfully escaped from the camp.

The barracks in the camp were built to house 50 POWs, but most had between 60 to 120 POWs in them. The POWs slept on double-deck bamboo shelves nine feet wide and eight feet long, without mattresses, bedding, or mosquito netting. As many as eight on one shelf. Many developed sores and many became ill. The POWs were assigned to barracks which meant that the members of their group lived together, went out on work details together, and would be executed together since they were Blood Brothers. If one man escaped the other nine men in his group would be executed. POWs caught trying to escape were beaten. Those who did escape and were caught were tortured before being executed. It is not known if any POW successfully escaped from the camp.

Rice was the main food given to the POWs fed to them as “lugow” which meant “wet rice.”  The rice smelled and appeared to have been swept up off the floor. The other problem was that the men assigned to be cooks had no idea of how to prepare the rice since they had no experience in cooking it. During their time in the camp, they received few vegetables and almost no fruit. Once in a while, the POWs received corn to serve to the prisoners. From the corn, the cooks would make hominy. The prisoners were so hungry that some men would eat the corn cobs. This resulted in many men being taken to the hospital to have the cobs removed because they would not pass through the men’s bowels. Sometimes they received bread, and if they received fish it was rotten and covered with maggots. To supplement their diets, the men would search for grasshoppers, rats, and dogs to eat. The POWs assigned to handing out the food used a sardine can to assure that each man received the same amount. They were closely watched by their fellow prisoners who wanted to make sure that everyone received the same portion and that no one received extra rice.

The day started an hour before dawn when the POWs were awakened. They then lined up and bongo (roll call) was taken. The POWs learned to count off quickly in Japanese because the slow POWs were hit with a heavy rod. A half-hour before dawn was breakfast., and at dawn, they went to work. Those working on details near the camp returned to the camp for lunch, a tin of rice, at 11:30 and then returned to work. The typical workday lasted ten hours.

In the camp, the prisoners continued to die, but at a slower rate. The camp hospital consisted of 30 wards that could hold 40 men each, but it was more common for them to have 100 men in them. Each man had approximately an area of 2 feet by 6 feet to lie in. The sickest POWs were put in “Zero Ward,” which was called this because it was missed by the Japanese when they counted barracks. There were two rolls of wooden platforms around the perimeter of the building. The sickest POWs were put on the lower platform which had holes cut into it so they could relieve themselves. Most of those who entered the ward died. When a POW died, the POWs stripped him of his clothing, and the man was buried naked. The dead man’s clothing was washed in boiling water and given to a prisoner in need of clothing. The Japanese put a fence up around the building to protect themselves and would not go into the area.