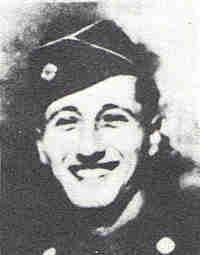 “According to War Department records, you have been designated as the emergency addressee if Sergeant Charles R. Quinn, 20,523,489, who, according to the latest information available, was serving in the  Philippine Islands at the time of the final surrender.