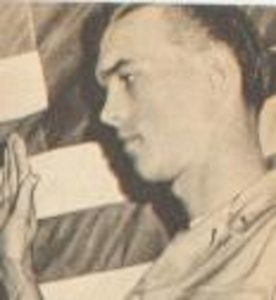 “According to War Department records you have been designated as the emergency addressee of Pvt. Edward C. Keith Jr., who according to the latest information available, was serving in the Philippine Islands at the time of the final surrender.
“We deeply regret that it is impossible for us to give you more information. In the last days before the surrender of Bataan, there were casualties which were not reported to the war department. Conceivably, the same is true of the surrender of Corregidor and possibly of other islands of the Philippines. The Japanese government has indicated its intentions of conforming to the terms of the Geneva convention with respects to the interchange of information regarding prisoners of war. At some future date, this government will receive through Geneva a list of persons who have been taken prisoners of war. Until that time the war department cannot give you positive information.
“The war department will consider the persons serving in the Philippine Islands as ‘missing in action’ from the date of the surrender of Corregidor, May 7, 1942, until definite information to the contrary is received. It is hoped that the Japanese government will communicate a list of prisoners of war at an early date. At this time you will be notified by this office in the event his name (Edward C. Keith) is contained in the list of prisoners of war.”