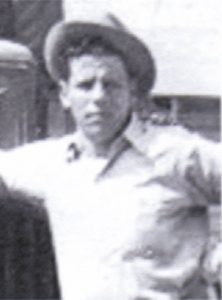 Name: Pvt. James Lewis Choate
Born: 3 December 1918 – Hopkins County, Kentucky
Mother: Artie Stringfellow-Choate
Nickname: “Piggy”
Siblings: 3 brothers, 1 sister
Step-siblings: 2 sisters, 1 brother
Home: RFD #5 Madisonville, Kentucky
Married: Margaret Almon
Children: 1 son – Lonnie
Occupation: coal miner & automobile salesman
Selective Service Act: 16 October 1940
– Contact Person: Fletcher Choate – brother
Inducted:
– 22 January 1941 – U.S. Army
Training:
– Fort Knox, Kentucky
– Arrived: 28 November 1940
– first six weeks was the primary training
– Week 1: infantry drilling
– Week 2: manual arms and marching to music
– Week 3: machine gun
– Week 4: pistol
– Week 5: M1 rifle
– Week 6: field week  – training with gas masks, gas attacks, pitching tents, and hikes
– Weeks 7: Time was spent learning the weapons, firing each one, learning the parts of the weapons and their functions, field stripping and caring for
weapons, and the cleaning of weapons
– January 1941 – tank school
– 6:15 with reveille
– most of the soldiers were up before this since they wanted to wash and dress.
– 7:00 to 8:00 – Breakfast
– 8:00 to 8:30 – calisthenics
– Afterward, the tankers went to various schools within the company.
– training in using and maintaining 30 and 50 caliber machine guns and pistols
– training in map reading, care of personal equipment, military courtesy, and training in tactics.
– 11:30 the soldiers stopped what they were doing and cleaned up for mess – – Noon to 1:00 P.M. – mess
– Afterward, they attended the various schools which they had been assigned to on January 13, such as mechanics, tank driving, radio operating.
– 4:30 – the soldiers called it a day and returned to their barracks and put on dress uniforms
– 5:00 – retreat
– 5:30 – dinner
– After dinner, they were off duty
– 9:00 P.M. – lights were out
– soldiers but did not have to turn in
– 10:00 P.M. – Taps was played.
– January 1941- attended a specific tank school for training
– qualified as a tank driver

Note: The reason for this move was an event that took place in the summer of 1941. A squadron of American fighters was flying over Lingayen Gulf when one of the pilots noticed something odd. He took his plane down and identified a buoy in the water. He came upon more buoys that lined up, in a straight line for 30 miles to the northwest, in the direction of a Japanese occupied island, with a large radio transmitter, hundred of miles away. The squadron continued its flight plane and flew south to Mariveles and then returned to Clark Field. When the planes landed, it was too late to do anything that day, and the next day – when a Navy ship was sent to the area – the buoys had been picked up. It was at that time the decision was made to build up the American military presence in the Philippines. 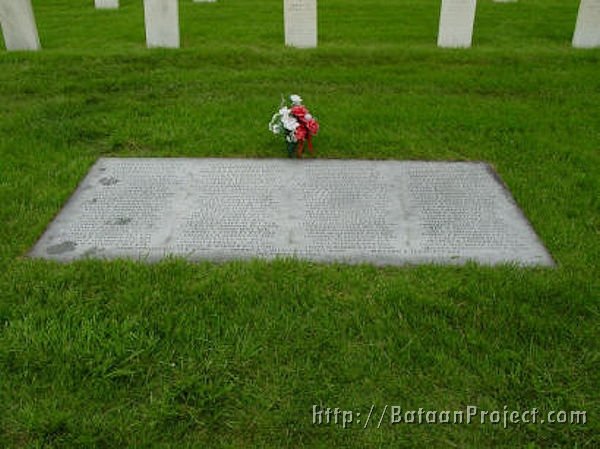 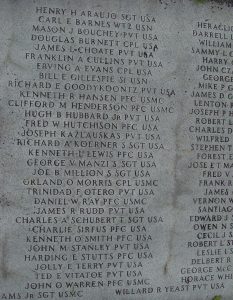