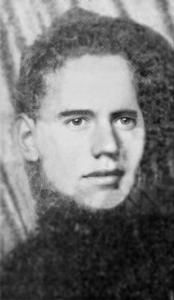 “According to War Department records, you have been designated as the emergency addressee if Private First Class Floyd T. Allen, 06,296,522, who, according to the latest information available, was serving in the  Philippine Islands at the time of the final surrender.

– 1 June 1942 – POWs formed detachments of 100 men
– POWs marched out the gate and marched toward Capas
– Filipino people gave POWs small bundles of food
– the guards did not stop them
– At Capas, the POWs were put into steel boxcars and rode them to Manila
– the train stopped at Calumpit and switched onto the line to Cabanatuan
– POWs disembarked the train at 6:00 P.M. and put into a schoolyard
– fed rice and onion soup
– during his time in the camp, he had his teeth cleaned because of too much plaque
– Cabanatuan:
– original name: Camp Panagatian
– Philippine Army Base built for 91st Philippine Army Division
– actually three camps
– Camp 1: POWs from Camp O’Donnell
– Camp 2: four miles away
– all POWs moved from there because of a lack of water
– later used for Naval POWs
– Camp 3: six miles from Camp 2
– POWs from Corregidor and from hospitals sent there
– Camp 1:
– work details sent out to cut wood for POW kitchens, plant rice, and farm
– when POWs lined up for roll call, it was a common practice for Japanese guards, after the POWs lined up, to kick the POWs in their shins with their
hobnailed boots
– they also were frequently hit with a pick handle, for no reason, as they counted off
– POWs on the rice planting detail were punished by having their faces pushed into the mud and stepped on to drive them deeper into the mud
– the POWs had to go into a shed to get the tools, as they came out, they were hit on their heads
– if the guards on the detail decided the POW wasn’t doing what he should be doing, he was beaten
– many POWs on details were able to smuggle in medicine, food, and tobacco into the camp
– to prevent escapes, the POWs set up patrols along the camp’s fence
– men who attempted to escape and caught were executed after being beaten
– the other POWs were forced to watch the beatings
– daily POW meal – 16 ounces of cooked rice, 4 ounces of vegetable oil, sweet potato or corn
– Barracks:
– each barracks built for 50 POWs
– 60 to 120 POWs were held in each one
– POWs slept on bamboo strips
– no showers
– Camp Hospital:
– 30 Wards
– each ward could hold 40 men
– frequently had 100 men in each
– two tiers of bunks
– sickest POWs on the bottom tier
– each POW had a 2-foot by 6-foot area to lie in
– Zero Ward
– given the name, because it had been missed when counting wards
– became ward where those who were going to die were sent
– fenced off from other wards
– Japanese guards would not go near it
– POWs sent there had little to no chance of surviving
– many deaths caused by malnutrition since the men’s bodies could not fight the diseases they had
– others became ill because of lack of bedding, covers, and mosquito netting
– In July 1942, the family received a second letter. The following is an excerpt from it.

“The last report of casualties received by the War Department from the Philippines arrived early in the morning of May 6. Through this date, Private First Class Floyd T. Allen had not been reported as a casualty. The War Department will consider the persons serving in the Philippine Islands as “missing in action” from the date of the surrender of Corregidor, May 7, until definite information to the contrary is received.

– 23 October 1943 – transferred to Group I in the camp
– worked as a medic with sick
Hell Ship:
– Nissyo Maru
– Boarded: 15 July 1944
– during the trip, the Japanese used the ship as a shield to protect the oil tankers in the convoy
– torpedoes fired at ship passed under the ship and hit a tanker that was lower in the water
– a Japanese guard fired his machine into the hold after the attack
– the floor of the hold had 3 to 5 inches of human excrement covering it
– when the Japanese threatened to shoot into the hold unless the POWs quieted down, a Catholic chaplain, Lt. Col. Stanley Reilly, climbed a pole, in spite of
the fact his hands were covered with human waste and lead the POWs in the Hail Mary
– Water:
– POWs received a pint of water
– they did not receive water every day
– men went crazy from thirst
– some men drank urine
– others wiped the condensation from the inside wall of the hold’s walls
– some POWs attacked other POWs and attempted to drink their blood
– Food:
– steamed rice was lowered into holds in large buckets
– at first only the healthy ate
– POWs later organized lines for food and water
– Sailed: Manila – 17 July 1944
– Arrived: Takao, Formosa – 19 July 1944
– Sailed: 28 July 1944
– Arrived: Moji, Japan – 3 August 1944
POW Camp:
– Japan
Fukuoka #3
– POWs worked at the Yawata Steel Mills doing manual labor
– the work was to shovel iron ore and rebuild the ovens
– the POWs were sent into the ovens to clean out the debris
– the ovens were hot
– the Japanese would not let them cool off
– the POWs worked faster on this detail
– many of the products from the mill helped the Japanese war effort
– If an air raid took place while the POWs were at the mill, they were put into railway cars and the train was pulled into a tunnel.
– Work Hours: 8:00 A.M. until 4:00 P.M.
– received a half-hour lunch
– Barracks:
– the barracks that the POWs lived in were always cold
– the Japanese heated them on a minimal basis
– only the sick rooms had heat
– the barracks were infested with lice, fleas, and bedbugs
– Food:
– the main dish of rice, wheat, wheat flour, corn, and, Kaoliang (a millet).
– To supplement their diets, the POWs in the camp would hunt rats at night for meals
– Medical Treatment:
– medical supplies were sent to the camp by the Red Cross
– the Japanese commandant would not give the American medical staff the medicine that was in the packages.
– any surgery in the camp had to be performed with crude medical tools
– the Red Cross had sent the proper surgical tools to the camp
– to meet quotas for workers, the sick POWs were required to work even if it meant they could possibly die from doing it.
– the Japanese camp doctor made the sick stand out in the cold for hours.
– he beat them and allowed the guards to beat them
– all who died were reported to have died in the camp hospital.
– Clothing:
– three days a month, the POWs were allowed to exchange their worn-out clothing for new clothing
– a Japanese guard beat POWs attempting to exchange their clothing
– the POWs went without clothing to avoid the beatings
– men developed pneumonia and died
– Punishment:
– POWs were beaten daily with fists and sticks for violating camp rules
– the guards often required them to stand at attention, in the cold, while standing water
– an entire barracks was slapped in the face, by the guards, because some POWs had smoked in the barracks
– during the winter, POWs being punished often had water thrown on them
– a group of about 60 POWs was made to crawl on their hands and knees, while carrying other POWs, on their backs
– as they crawled, they were hit with bamboo sticks, belts, and rifle butts
– there were two brigs in the camp which had as many as 20 POWs in them at a time
– near the end of the war
– an American soldier who traded with the Japanese for roasted beans
– he died because the beans were tainted with arsenic
– 8 August 1945 – steel mill bombed
– one POW was killed and another wounded
– Atomic Bomb:
– the Yawata Steel Mills were the primary target for the second atomic bomb,
– the sky was extremely overcast so the bomb was dropped on Nagasaki.
– POWs saw the Japanese workers facing in the direction of radio speakers with their heads bowed
– they thought that the emperor had passed away
– the emperor was announcing Japan’s surrender.
– an American ensign, who could read and speak Japanese, saw a newspaper with the announcement of the surrender
-he told the other POWs that the war was over
– they were then told the same news by a Japanese officer
Liberated: 13 September 1945
– sent to Okinawa
– Allen was flown to Hawaii and to Hamilton Field north of San Francisco
Promoted: Corporal
Discharged: 16 June 1946
Selective Service Registration: 20 June 1946
– Registration gives his middle name as “Thomas”
Married: Margaret
Residence: St. Charles, Missouri
Died: 12 November 1982
Buried:
– Jefferson Barracks National Cemetery – St. Louis, Missouri
– Section: O Site: 330