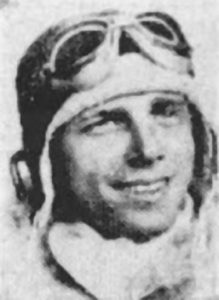 Sgt. William Garner Rodger
Born: 26 November 1920
Parents: W. Fred Rodger & Bernice Rodger
– mother died when he was a child
Siblings: 2 sisters
– one sister was killed in an accident
Home:
– 615 North Second Avenue – Maywood, Illinois
Education:
– Proviso Township High School
– Class of 1934
– South Georgia State College
– left after two years
Occupation: Office Clerk- Concrete Engineering Company, Cicero, Illinois
Engaged: Vera Stelzer
Inducted:
– 23 February 1942
Serial Number: 36320953
Training:
– Lowery Airfield, Texas
– Harlingen Airfield, Texas
– gunnery school
– Hammer Airfield, California
– March Airfield, California
– Hamilton Airfield, California
– airfield located on edge of San Pablo Bay
Unit: Unknown
– He was a member of a ten-member crew of a B-24J Liberator
Died:
– 25 July 1944
– B-24 crashed into San Pablo Bay, California
– 6:00 A.M. – the plane took off on a cross country mission
– the engines of the plane began to malfunction so the pilot turned the plane toward the bay
– it appeared he was attempting to crash land in the water
– some witnesses stated that the plane exploded when it made contact with the water
– the wreckage was 8 miles out in San Pablo Bay
– the recovery teams only recovered the body of one crew member
Buried:
– his remains were not recovered