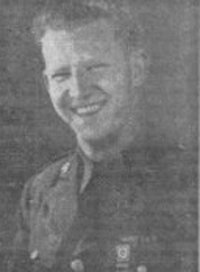 PFC Paul Brian Darnell
Born: 28 May 1916 – Belmont Township, Iroquois County, Illinois
Parents: Paul R. Darnell and Bertha E. Long-Darnell
siblings: 6 sisters, 3 brothers
Home: 1000 South Second Avenue – Maywood, Illinois
Education:
– Proviso Township High School
– Class of 1934
– left before class graduated
Selective Service Registration: 28 October 1940
Contact Person: Bertha Darnell – mother
Enlisted: Illinois National Guard
– National Guard Tank Company was called to federal service
– B Company, 192nd Tank Battalion
Inducted:
– 25 November 1940
– U.S. Army
Training:
– Fort Knox, Kentucky
– Arrived: 28 November 1940
– first six weeks was the primary training
– Week 1: infantry drilling
– Week 2: manual arms and marching to music
– Week 3: machine gun
– Week 4: pistol
– Week 5: M1 rifle
– Week 6: field week  – training with gas masks, gas attacks, pitching tents, and hikes
– Weeks 7, 8, 9: Time was spent learning the weapons, firing each one, learning the parts of the weapons and their functions, field stripping and caring for
weapons, and the cleaning of weapons
Typical Day
– 6:15 with reveille
– most of the soldiers were up before this since they wanted to wash and dress.
– 7:00 to 8:00 – breakfast
– 8:00 to 8:30 – calisthenics
– Afterward, the tankers went to various schools within the company.
– training in using and maintaining 30 and 50 caliber machine guns and pistols
– training in map reading, care of personal equipment, military courtesy, and training in tactics.
– 11:30 the soldiers stopped what they were doing and cleaned up for mess – – Noon to 1:00 P.M. – mess
– Afterward, they attended the various schools which they had been assigned to on January 13, such as mechanics, tank driving, radio operating.
– 4:30 – the soldiers called it a day and returned to their barracks and put on dress uniforms
– 5:00 – retreat
– 5:30 – dinner
– After dinner, they were off duty
– 9:00 P.M. – lights were out
– soldiers but did not have to turn in
– 10:00 P.M. – Taps was played
Tanks:
– the battalion had 16 operational tanks
– January 1941 — the first men from selective service were assigned to the company – – 10 January 1941 – these men took their first tank ride
– all of them had the chance to drive the tanks
– March – they would permanently join the company
– free time during the week
Weekends
– men with passes frequently went to Louisville which was 35 miles north of the fort – others went to Elizabethtown sixteen miles south of the fort
– those men still on the base used the dayroom to read since it was open until 11:00 P.M.
– February – Capt Walter Write commanded a composite tank company made of men from all the companies of the battalion
– the company left Ft. Knox on a problematic move at  9:00 A.M.
– the company consisted of three motorcycles, two scout cars, sixteen tanks, one ambulance, and supply, fuel, and kitchen trucks
– the route was difficult and chosen so that the men could become acquainted with their equipment
– they also had to watch out for simulated enemy planes
– bridges were avoided whenever it was possible to ford the water.
– at noon, the column stopped for a short rest but lunch that did not materialize
– A guide had failed to stay at one of the crossings until the kitchen truck arrived there
– instead of turning into the woods, the truck went straight
– after the break, Capt. Write ordered the men back to Ft. Knox without having been fed
– late March 1941
– the entire battalion was moved to new barracks at Wilson Road and Seventh Avenue
– the barracks had bathing and washing facilities in them and a day room
– the new kitchens had larger gas ranges, automatic gas heaters, large pantries, and attached mess halls
– one reason for this move was the men from selective service were permanently joining the battalion
– 16 June 1941 – the battalion was broken into four detachments for a three-day tactical road march
– the most important part of this march was to train the soldiers in loading, unloading, and setting up the battalion’s administrative camps
– the battalion traveled with 20 tanks, 20 motorcycles, 7 armored scout cars, 5 jeeps, 12 peeps (later called jeeps), 20 large 2½ ton trucks (these carried the
battalion’s garages for vehicle repair), 5, 1½ ton trucks (which were the battalion’s kitchens), and 1 ambulance. The battalion traveled through Bardstown
and Springfield before arriving at Harrodsburg at 2:30 P.M. where they set up their bivouac at the fairgrounds. The next morning, they moved to
Herrington Lake east of Danville, where the men swam, boated, and fished. The battalion returned to Ft. Knox on Wednesday, June 18th through Lebanon,
New Haven, and Hodgenville, Kentucky.
– it also prepared them for the Louisiana maneuvers which they were scheduled to take part in during September
– Louisiana Maneuvers
– The entire battalion was loaded onto trucks and sent in a convoy to Louisiana while the tanks and wheeled vehicles were sent by train.
– During the maneuvers that tanks held defensive positions and usually were held in reserve by the higher headquarters
– for the first time, the tanks were used to counter-attack and in support of infantry – – many of the men felt that the tanks were finally being used like they should be used and not as “mobile pillboxes.”
– after these maneuvers that the 192nd Tank Battalion was ordered to Camp Polk, Louisiana, instead of returning to Ft. Knox
– Paul was transferred from the battalion
– 12 November 1941
Discharged: Not Known
– recalled into service
Unit:
– HQ Company, 2nd Infantry Regiment, 5th Infantry Division
Fought in:
– France
– Belgium
– Battle of Bulge
– Luxembourg
– Germany
Died:
– 24 March 1945
– Germany
Buried:
– Lorraine American Cemetery – St. Avold (Moselle), France
– Plot: E Row: 20 Grave: 19 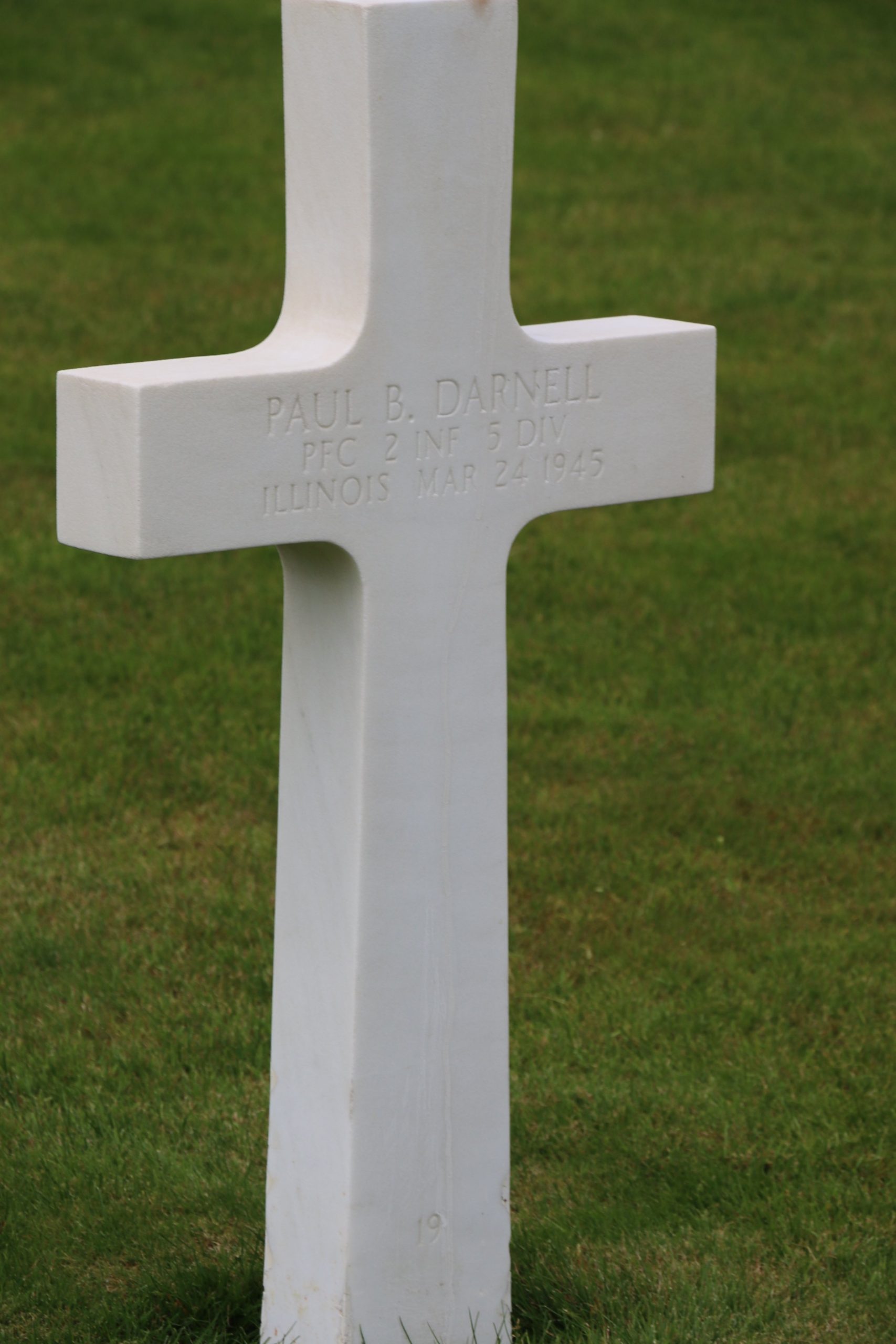