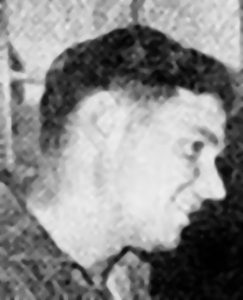 “According to War Department records, you have been designated as the emergency addressee if Private Arthur T. Poynter, 06,665,841, who, according to the latest information available, was serving in the  Philippine Islands at the time of the final surrender.

– Cabanatuan
– Philippine Army Base built for 91st Philippine Army Division
– original name: Camp Pangatian
– three camps:
– Camp #1
– POWs from Camp O’Donnell sent there
– Camp 2 was four miles away
– all POWs moved from there because of a lack of water
– later used for Naval POWs
– Camp 3 was six miles from Camp 2
– POWs from Corregidor  sent there
– Camp Administration:
– the Japanese left POWs to run the camp on their own
– Japanese entered camp when they had a reason
– Food:
– daily POW meal
– 16 ounces of cooked rice, 4 ounces of vegetable oil, sweet potato or corn
– rice was the main staple, few vegetables or fruits
– when they received dried fish, it was covered with maggots and lice
– Arthur worked on camp farm
– also went out on road detail
– many POWs on details were able to smuggle in medicine, food, and tobacco into the camp
– men who attempted to escape and caught were executed
– daily POW meal – 16 ounces of cooked rice, 4 ounces of vegetable oil, sweet potato or corn
– Camp Hospital:
– 30 Wards
– each ward could hold 40 men
– frequently had 100 men in each
– two tiers of bunks
– sickest POWs on the bottom tier
– each POW had a 2 foot by 6-foot area to lie in
– Zero Ward
– given the name, because it had been missed when counting wards
– became ward where those who were going to die were sent
– fenced off from other wards
– Japanese guards would not go near it
– POWs sent there had little to no chance of surviving
– In July 1942, the father received a second letter. The following is an excerpt from it.

“The last report of casualties received by the War Department from the Philippines arrived early in the morning of May 6. Through this date, Private Arthur T. Poynter had not been reported as a casualty. The War Department will consider the persons serving in the Philippine Islands as “missing in action” from the date of the surrender of Corregidor, May 7, until definite information to the contrary is received.

– Clark Field
– POWs screened gravel and cut the grass when they arrived at the airfield
– worked long hours on short rations
– prepared in a 50-gallon drum
– Japanese made sick work if they believed they weren’t sick enough
– POWs who couldn’t work were severely beaten
– one Japanese lieutenant frequently hit POWs over the head with a saber
– POWs were beaten with a golf club for no reason
– forced to work during typhoon season
– clothing of POWs was loincloths
– when one POW escaped, the rest were not fed
– POWs built revetments and runways with picks and shovels
– built ammunition bunkers, revetments, and runways
– Bilibid Prison
– sent to Bilibid Hospital Ward
– Meals consisted of a half to three-quarters of a mess kit of rice twice a day
– food was often contaminated which resulted in the prisoners getting dysentery
– POWs often ate garbage from scrap cans and pig troughs
– slept on the concrete floors
– no mosquito netting
– many POWs came down with malaria
– clothing
– each man had two g-strings and two pairs of socks
– medical supplies
– never enough to treat sick
– seemed there was just enough to prolong the suffering
Liberated:
– the POWs had heard rumors that Cabanatuan had been liberated
– 2 February 1945 – the last POW died of dysentery
– 10:30 P.M. – the POWs heard small and large dentations to the southeast that lasted over an hour
– the men began to believe it was just a matter of days until they were liberated
– 3 February 1945 – was a normal day
– POWs went about the prison performing their chores
– told each other the latest rumors as they ate their evening meal
– It was at that time that six American planes flew over the compound
– the planes flew over very low and very slow
– 6:00 P.M. –  evening roll call
– 6:30 P.M. – they heard the sound of artillery in the distance
– next, they heard heavy machine-gun fire
– the sound got closer and closer and closer
– All hell broke loose
– there was light artillery fire or fire from tanks
– there also was heavy machine-gun and light machine-gun fire, rifle fire, and pistol fire all coming from the north and east of the prison.
– At 10:30 P.M., the electricity went out
– The POWs heard the sound of guns and the ammunition dumps going up.
– They heard the sound of moving tanks, artillery fire, and small arms explosions
– lasted until 2:00 A.M.
– everything got quiet except for heavy artillery that could be heard in the distance
– 4 February 1945
– the POWs talked about what they had heard
– They also noticed that the Japanese guards seemed to be getting ready to leave.
– The senior American medical officer was called to the Japanese commanding officer’s office
– he was told that they were freeing the POWs
– He also told them to stay inside the prison
– a typed document stating the Japanese were releasing the POWs.

“1. The Japanese army is now going to release all prisoners of war and internees here on its own accord.

‘”2. We are assigned to another duty and shell be here no more.

“3. You are at liberty to act and live as free persons but you must be aware of probable dangers if you go out.

“4. We shall leave here foodstuffs, medicines, and other necessities of which you may avail yourselves for the time being.

“5. We have arranged to put signboard at the front gate bearing the following context: ‘Lawfully released prisoners of war and interests are quartered here. Please do not molest them unless they make positive resistance.’”

– At 11:45 A.M., the Japanese left, and the POWs posted their own guards and waited for the American to arrive.
– The POWs had three good meals that day and noted that a small American plane flew over the prisoner repeatedly that day.
– 6:00 P.M. – A wooden shutter on one of the walls was knocked down by a rifle butt.
– soldiers in funny-looking uniforms entered the prison
– American troops who had completely surrounded the prison and had been trying to get in to see what was inside.
– At first, the POWs thought the soldiers were Germans
– they had strange their helmets and uniforms
– when the soldiers spoke to them in English the POWs knew that they had been liberated.
– after being liberated it was discovered the Japanese had wired the prison with bombs with timers
– the power being knocked out which stopped the timers from working
– The POWs remained in the prison
– the belief was that the Japanese may attempt to retake the prison
– The 37th Infantry Division from Ohio came to the compound and visited the POWs. – followed by 148th Infantry, 7th Division.
– The Americans gave their cigarettes and K rations to the former POWs and seemed unable to do enough for them.
– They even gave the former POWs their whiskey, beer, and cigars that the Filipinos had given them.
– 5 February – 9:00 P.M. – there was gunfire on three sides of the prison
– the decision was made to move the former POWs to the Ang Tibay shoe factory on the outskirts of Manila
– The members of the 148th Infantry carried POWs out on litters
– they were evacuated in ambulances and on jeeps.
– The soldiers also helped the weak onto trucks
– they made sure that all the POWs were out of Bilibid
– the evacuation was completed by 11:35  P.M.
– The former POWs were moved to a brewery and drank beer at the brewery.
– 6 February – the former POWs were ordered back to Bilibid since it had better sanitary facilities.
–  they found it had been looted and much of their personnel effects were gone.
– They received their first American food that morning which was canned ham and eggs, cereal milk, K biscuits, butter, jam, and coffee with milk and sugar.
– 9 February – The seriously ill who needed better medical treatment were sent to Santo Tomas
– 10 February – more men were sent there
– those men not able to make the trip were sent to Quezon Institute
– the remainder transferred to the 12th Replacement Battalion
Transport:
– S.S. Monterey
– Sailed – Manila – not known
– Arrived: San Francisco, California – 16 March 1945
– taken to Letterman General Hospital
Residence:
– Barren County, Kentucky
Married: Gracie May Toms – 1945
Died:
– 28 July 1969 – Glasgow, Kentucky
Buried:
– Glasgow Municipal Cemetery – Glasgow, Kentucky