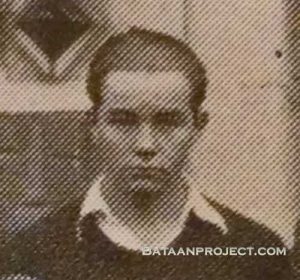 It was at this time the tank battalions received these orders which came from Gen. Weaver: “Tanks will execute maximum delay, staying in position and firing at visible enemy until further delay will jeopardize withdrawal. If a tank is immobilized, it will be fought until the close approach of the enemy, then destroyed; the crew previously taking positions outside and continuing to fight with the salvaged and personal weapons. Considerations of personal safety and expediency will not interfere with accomplishing the greatest possible delay.”

According to War Department records, you have been designated as the emergency addressee of Private Charles F. Erickson, 36,206,291, who, according to the latest information available, was serving in the  Philippine Islands at the time of the final surrender.

– to get out of the camp he went out on a work detail
Tayabas Road Detail:
– 300 POWs left Camp O’Donnell – 29 May 1942
– took three days to reach the site
– POWs built a road
– food was prepared in a rusty wheelbarrow
– POWs slept on rocks
– many came down with malaria
– Charles became ill and was sent to Bilibid Prison
– Bilibid Prison
– U.S. Naval Hospital Unit
– doctors believed there was little they could do for him and the other POWs from the detail
– they referred to these POWs as “the living dead”
– the doctors believed POWs from detail were doomed to die
– admitted to hospital – 10 July 1942
– records indicated he was suffering from blood in his stools
– In July a second letter was sent to the families of men being held by Japan
– The following is an excerpt from the letter.

“The last report of casualties received by the War Department from the Philippines arrived early in the morning of May 6. Through this date, Private Charles F. Erickson had not been reported as a casualty. The War Department will consider the persons serving in the Philippine Islands as “missing in action” from the date of the surrender of Corregidor, May 7, until definite information to the contrary is received.

– when they received this message, they had no idea he had died as a POW
– 22 June 1943 – he was officially listed as having died as a POW
– his parents received a message from the War Department weeks earlier

– In September 1945, his parents received a letter from Chaplain Perry O. Wilcox. He said:

I have recently returned to the States after imprisonment under the Japanese in the Philippine Islands and have just received permission to send letters of condolence to the nearest of kin of army men who were buried at Bilibid prison.

Your son, Pvt. Charles F. Erickson, 36026291, died in Bilibid Military prison hospital 8 August 1942. I noticed the war department probably informed you using a date 11 May 1943, that being the date on which they received the information. It was the custom to drop men as deceased on the date that the report was received. But the date I am giving you is the date on which I performed his burial in the prison cemetery. The cause of death was malaria, complicated with amoebic dysentery and lack of food. Under the circumstances, it is difficult to say what was the cause of death. Most of us had enough things combined to make it hard to attribute death to any one thing.

Bilibid prison hospital was staffed by American naval doctors and hospital corpsman of excellent skill and they rendered the best services that they could do to all patients considering their limitations as to equipment and medicines.

I may also say that all burials in Bilibid were made in individual graves, well marked with heavy plank crosses on which the name and date of death were carved with a chisel. The cemetery was well cared for, the grass mowed and flowers growing in large flower beds about the cemetery. None of the graves suffered any damage in the battle of Manila.

I find our prisoners of war are being accorded equal honors with those who served without falling into the hands of the enemy, and I hope it will be some comfort to you to feel your son did his best as long as he could and that his imprisonment under the Japanese was due to circumstances over which he had no control. 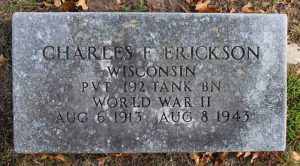