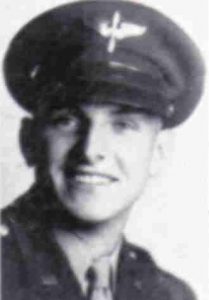 2nd Lt. Henry J. Koller was born on April 6, 1921, in Oak Park, Illinois, to Henry C. Koller and Anna Schneider-Koller. He was known as “Bud” to his family. With his two sisters, he grew up first in Oak Park and Elmhurst, Illinois, and later at 1133 Elgin Avenue in Forest Park, Illinois.

Henry attended Saint John Lutheran School, York High School in Elmhurst, and graduated from Proviso Township High School in Maywood, Illinois. After high school, he worked as a tool and die maker at the Crane Company in Chicago.

On September 8, 1944, during a nighttime high altitude bombing training mission, the B-24 Henry was a crew member on crashed. The army ruled that the cause of the crash was a result of the pilot and co-pilot not paying attention to the plane’s altitude while attempting to deal with a mechanical malfunction.

Caius Carpenter, who was the crew’s aerial gunner and the only survivor told the Central Nevada Museum and Historical Society what he remembered about the crash.

Carpenter stated that as they boarded the plane, the co-pilot, Lt. Forest Carl said, “Since it’s our third plane, it should be the charm.” He replied, “It probably will charm our asses.” He also said another crew member said, “This one will probably kill us.”

The bomber took off and crashed about three miles from the base. According to Carpenter, shortly after takeoff, he heard a loud explosion and the plane shuttered. He lost his balance and was knocked out. When he awoke, he found himself pinned by wreckage. He saw debris and body parts all around him. 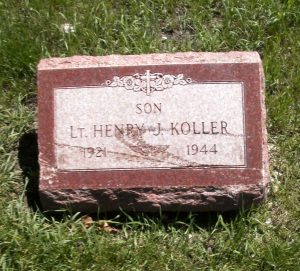